The power of sacrament 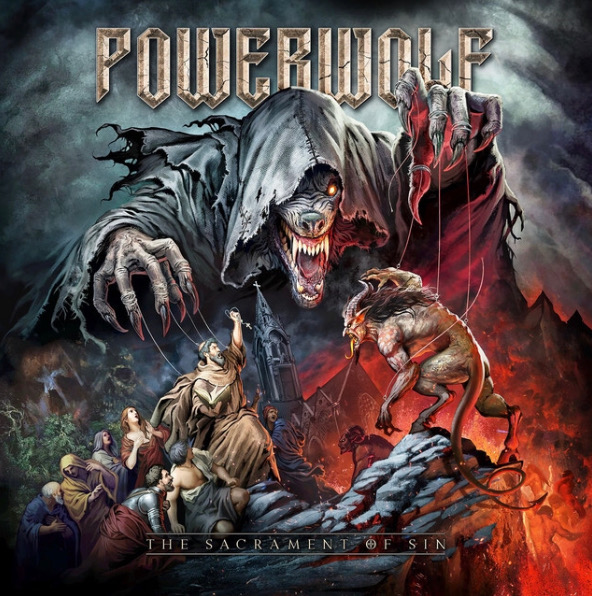 Used via www.spotify.com under fair use

Powerwolf is taking on their most ambitious album yet with “The Sacrament Of Sin.” The group started recording in January and released the full album in July.

Using an unusual theme of a dark church, Powerwolf transports people back to the Dark Ages. Dressing as zombie-like saints and pastors, the band uses almost operatic singing over brass organs to showcase their darkness. On top of traditional metal instruments, Powerwolf incorporates the use of an organ. They mainly use English lyrics but also use Latin (¨Lupus Dei¨) and occasionally German (¨Stossgebet¨).  Many people have accused the band of being Satanists, but in response, Matthew Greywolf has said, “I am a metalist, a metal fan. Metal is my religion. Look at all these people, what unites them? Its the metal.” Powerwolf is a band forging metal songs with new energy unlike all others.

After finishing their Blessed and Possessed tour, the German metallers went into the studio in January 2018. They started work on their seventh studio album full of metal psalms. The album was titled The Sacrament of Sin. It showcased the band as a transformative group going from their darkness to a lighter feel then back to darkness. The Sacrament of Sin showcases the band’s first metal ballad, “Where the Wild Wolves Have Gone”. On the other side, it also holds the band’s fastest pace songs to date (“Nightside Of Siberia” and “Sacrament Of Sin”).

Starting out with a ringing clock tower bell, much like the beginning of Metallica’s famed song “For Whom the Bell Tolls.” After a few tolls of the bell, powerfully deep vocals break in with “Fire and forgive, we all, fire and forgive.” This first song is about the uses of fire in war. “Fire and Forgive” talks about how pyromania purges liars and corruption from life. The other half of it explains how war exonerates all people from any crimes they have committed because it is so grotesque.

The next few songs are all very similar to the chorus of “Fire and Forgive.” They are heavy bars led by drums and guitars with the vocals complementing the bassline. An organ is heard as the backbone of the second track, “Demons are a Girl’s Best Friend.” The organ holds the rhythm and creates a mysteriously dark feeling of a song talking about demons at night that bring the end. These demons are the inner souls of men and their desire to satisfy women, perhaps this is referring to the dark ages church and how women did not have nearly as many rights as they do now.

After delving into the inner demons of men, a creaky door closes beginning “Killers With the Cross.” Once the door closes a guttural, gravely voice starts to speak in Latin. This voice relays the message of the Apostles’ Creed, an early statement of Christian belief. “Killers With The Cross” seems to be about the Inquisition as it is about people with crosses (holy Christians) killing people in the night. It is a lyrically aggressive song with a slow steady tempo holding everything together.

Immediately following the abrupt ending of “Killers With The Cross” wolves prepare to fight to create their own grand evangelist nation. As they prepare a distinctive sound similar to a bagpipe rings out as a very unusual addition to Powerwolf’s instrument list. The battle hymn is titled “Incense and Iron” and is the most popular song on the album. It was actually this song that brought Powerwolf to my attention and made them one of my favorite bands ever.

Another song opens with ringing church bells. The difference of this song to the others is that it is the band’s first-ever ballad. “Where the Wild Wolves Have Gone” is piano, drums, and vocals only but the choruses include heavy guitars, drums, and an orchestra. It is a very different feel from most Powerwolf tracks but it is an emotional four-minute song. It tells of how two best friends used to be together in a pack it all ended.  Now the two will meet once again “where the wild wolves have gone”–referring to an afterlife for the wolves.

The second ballad ever written by the band follows “Where the Wild Wolves Have Gone” and is titled “Stossgebet” which translates to “small prayer.” It is the second song written in German by the natives of Germany. This ballad packs in more guitars and an almost alien-sounding organ riff. It is quite literally a small prayer sung by Atilla with his creepy, low voice. The prayer ends the first half of the album.

The beginning of the second half is a drastic change from the two power ballads. “Nightside of Siberia” is one of Powerwolf’s fastest-paced songs. Starting off with a dramatic chorus and orchestra harmony, “Nightside of Siberia” kicks it into gear as one of the most instrumentally aggressive Powerwolf songs. The guitars never stop throughout this entire song while Atilla has a choir backing his vocals during the choruses. Nightside tells the story of a dark night in Siberia, one full of fire and fright for all residents.

Following Nightside is the title song, “The Sacrament Of Sin.” Starting with a more dramatic guitar and drum opening than most Powerwolf songs, this track jumps into another one of Powerwolf’s fastest songs ever which recounts the battle of a pack of wolves and Rome. The wolves fight with sin in their minds and hearts, fighting to kill, not just to win. “The Sacrament Of Sin” holds one of the catchiest choruses of this album.

Starting off with Atilla Dorn and an accompanying choir singing in Latin, “Venom Of Venus” takes off leading into an aggressive battle hymn. The opening Latin lines lead into a short but efficient guitar solo bringing out the simplicity of the verse. Drums mixed with an organ and Atilla’s voice make up the verse of an aggressive fight song. The chorus brings the entire band in. Both guitars are playing while everyone sings the chorus behind Atilla’s commanding voice. The venom of Venus courses through the wolves veins giving them strength and power to fight off their enemies.

Calming down from the aggressive battle hymns comes the slow story of “Nightside Rebel.” Opening with a powerful guitar chord that hangs in the air, an organ creates a sinister feel. The guitars continue building up the anticipation and then a symphony plays a triad that leads into a guitar solo bridging the intro and first verse together. A very vocal-heavy song, the verse consists of a background organ, drums, and a quiet strings section from an orchestra. The chorus is similar to the composition of “Venom Of Venus” with the entire band singing behind Atilla and all instruments playing at once. The big difference is the feel, “Venom Of Venus” is an aggressive song whereas “Nighttime Rebel” holds a feeling of reverence. The story tells of a rebel that fights against the conquering army re-instilling moral in the defeated army.

Contrary to most Powerwolf albums, The Sacrament Of Sin ends with a fast song instead of a slow steady finale. “Fist By Fist (Sacralize Or Strike)” closes off the epic tales of war and wolves. It opens with the entire chorus singing in Latin and an organ holding the rhythm. It quickly builds into the entirety of the band playing and dies off just as quickly. Atilla and an organ hold the verses with the choir humming in the background. The chorus is an aggressive statement saying that nothing will stop the wolves. Fist by fist they will fight, nothing will stop the army of vagabonds. Once they defeat a city they must decide whether to make it sacred to them or destroy it.

The Sacrament Of Sin has ended with the wolves victorious. When Powerwolf released the deluxe version of the album it included two separate CDs from the original tracks. One disc was the instrumental versions of all the tracks while the other was covers. When I first heard of this I thought it was Powerwolf covering their favorite songs, but that was not the case; it is actually other popular power metal bands covering Powerful songs. Bands such as Epica and Battle Beast covered their favorite Powerwolf songs. There are ten covered songs and each song sounds wildly different from their original Powerwolf versions.

About the Writers
Brantley Jenkins, Columns Editor
Brantley Jenkins is a sophomore at South Forsyth High School. He is a first year staff writer that also plays guitar, bass, teaches karate, and is a big theater nerd. Most of the time he will have earbuds in, blasting music. If you see him walking down the hallways you’ll most likely see him with miss-matched Vans and ripped jeans. If you need to get into contact with him you can email him at [email protected] or his Instagram @settledbullet. 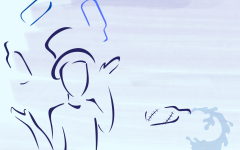 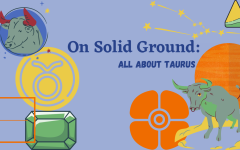 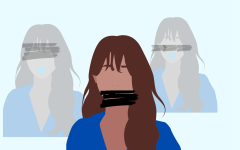 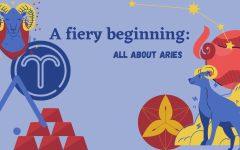 A Fiery Beginning: all About Aries 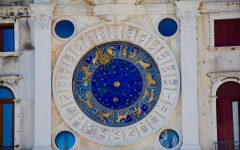 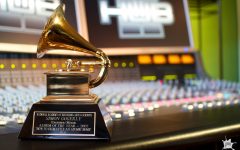 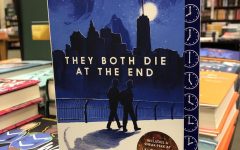 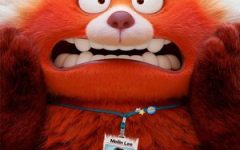 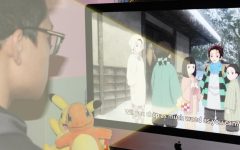 The Ultimate Anime Guide: A Rundown of Awesome Anime Starters 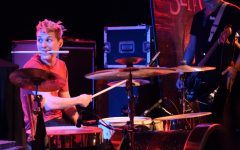 Set It Off Visits a New World in their Upcoming Album: “Elsewhere”