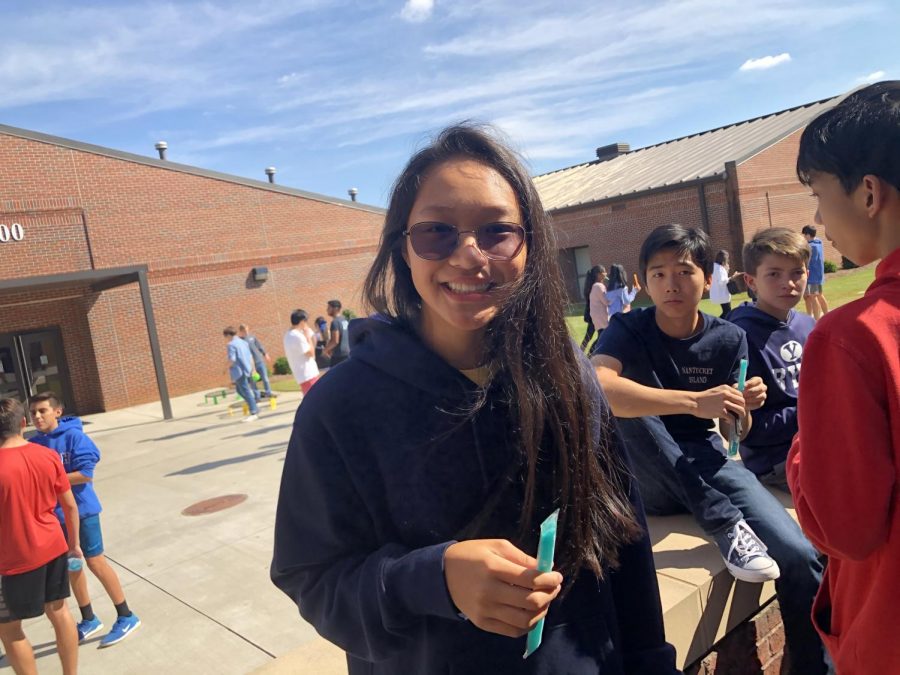 Tailgate with friends. Freshman Katelyn Kwak cools down with her popsicle underneath the warm sun. Faculty members passed out these sweet treats to students, eager to kickoff the tailgate.

At the end of the spirit-filled week, South Forsyth High School held a pep rally to introduce the varsity football team and the cheerleaders in an effort to hype up the students and faculty before the homecoming game. During the pep rally, the students of SFHS were dressed in their class colors: seniors sported black, juniors embraced the blue, sophomores had on grey attire, and freshmen showed off their white apparel. The pep rally featured performances from both the cheer and dance teams. Senior football players and coaches competed against each other in a Homecoming queen race where the coaches dressed up their assigned football player in dresses and crowns. The marching band played upbeat songs while the students and staff cheered along. Afterward, the students filed out of the arena to enjoy the games and activities offered throughout the campus. Waves of black, blue, grey, and white could be seen around the school. They enjoyed popsicles throughout the rest of their school day while participating in events such as a water balloon fight and a dunk tank. Students paid to get a chance to dunk their teachers in a water tank. The school day ended with smiles and laughter as the students and faculty of SFHS readied themselves for the game that same evening.

“I think the tailgate was very fun,” remarks freshmen Saachi Singh. “It helped me connect with my fellow South Forsyth classmates. I got to play the bean bag toss and hang out with old Lakeside friends.” 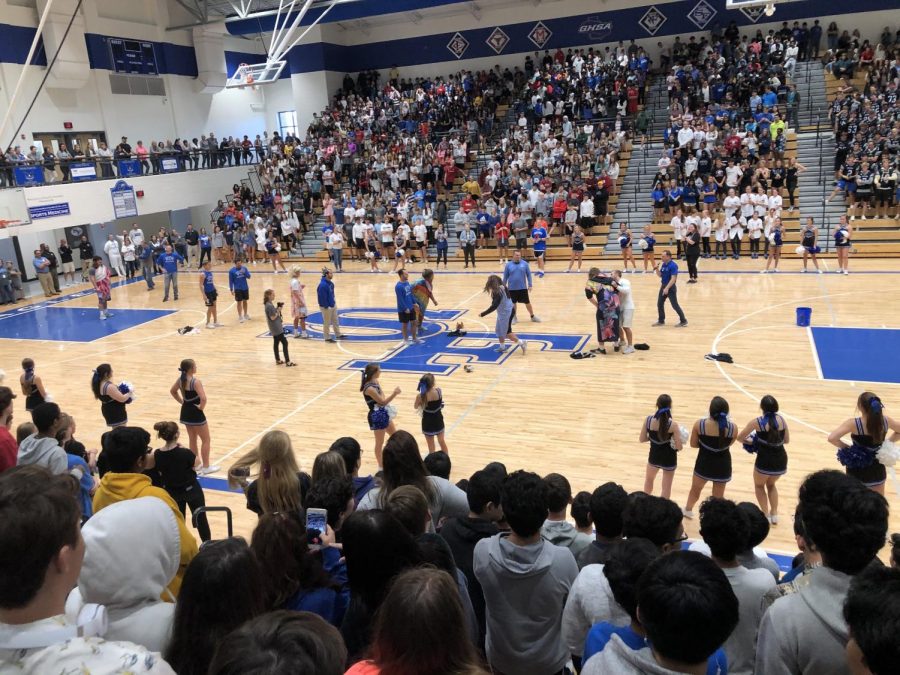 Gallery|5 Photos
Maggie Craig
The Homecoming queens of SFHS. Both football coaches and players competed in a Homecoming queen battle where the players brought out their inner divas and sported crowns rather than helmets. The coaches hurried around the arena, grabbing queen attire to put onto their player. The arena was filled with laughter and cheers as the football players modeled in their sparkly outfits.