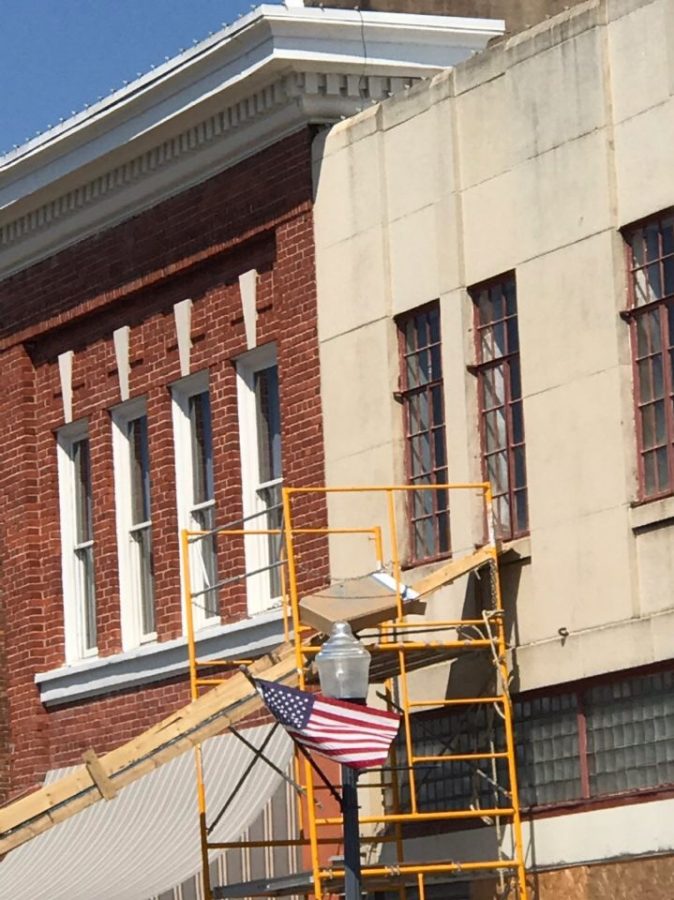 Reconstructing the damage. South Carolina was left devastated by Hurricane Dorian, leaving thousands of buildings completely demolished or barely standing. According to The Red Cross, more than 630 volunteers gathered to help shelter, feed, and mobilize resources in the state.

Joining the barrage of recent storms, another hurricane lurked up to the North Atlantic Ocean, now infamously known as Hurricane Dorian. The massive tropical cyclone made landfall in the Bahamas on September 1st, causing catastrophic damage to buildings specifically on the islands of Grand Bahama and Abaco. Nearly 43 people died on the islands although Bahamian prime minister Hubert Minnis stated that more are likely dead. Not long after, Dorian arrived during the early hours of September 4th, making an impact on Florida’s Neptune Beach. From there, the storm made its way up to Georgia’s coast but was spared a direct hit and felt weaker winds coming from the hurricane’s center. Unfortunately, North Carolina’s Outer Banks was affected very deeply, as Ocracoke Island received the worst damage in the US out of all the other places it hit. But Hurricane Dorian still managed to make an impact on the Southeast coast.

Although Forsyth County was spared from Dorian, many families were still affected by the hurricane, as close family members might have been living in coastal cities in the southeast. Two South teachers in a similar situation, Mr. Fahey and Mrs. Fireall, were able to tell their stories.

Mr. Fahey’s brother was in Savannah when the storm hit Georgia, but has had experience with hurricanes before.

“My little brother leads a security team that oversees security at several museums in the Savannah area,” Mr. Fahey explained his brother’s situation, “The museums closed for the hurricane, and he was allowed to evacuate.  In past hurricanes, he has had to remain in the operations center to monitor security at the museums.”

Fortunately, Mr. Fahey’s brother was able to go back home to stay with his parents and was able to visit old friends from high school. Additionally, Dorian made “relatively minor” impacts in Savannah; there was minor flooding, but no property damage.

In addition, Mrs. Fireall’s mother-in-law was able to spend an extra-long weekend with the family, as she was visiting from Savannah.

“Chatham county residents were asked to evacuate the city on Tuesday 9/3 so my mother-in-law made the decision to just stay with us versus going home only to turned around within 24 hours,” Mrs. Fireall recalled.

However, the major issue was that there were power outages due to the strong winds. Mrs. Fireall took precaution and “used the website of the power company to ensure her power was active before she headed home.” In the end, the situation turned out alright as her mother-in-law was able to spend more time with her kids and Mrs. Fireall was able to enjoy a few date nights with her husband as well.

“I would expect that many Forsyth County residents will donate money and supplies to the recovery effort and that some may even travel to coastal locations to help with cleanup.  There are probably also families in the county that opened their doors to evacuees from the coast,” expressed Mr. Fahey to what Forsyth County would do in response to the devastating hurricane.

Although Forsyth County is still coordinating their relief efforts, DeKalb County launched a relief drive for the Bahamas, as Hurricane Dorian demolished most of the infrastructure and left thousands without a home. They are currently taking in a long list of food and supplies that will ship to Bahamas’ Consulate’s office in Atlanta and sent to the Bahamas from there. More information in donations is located in the website above.

As of recent news, Hurricane Dorian has made its way all the way up to Canada and emergency crews are restoring power as the powerful winds left more than 500,000 people without power.  Dorian is now a post-tropical storm, but areas like Halifax, Nova Scotia were experiencing heavy rain and wind. Another 200,000 remained without electricity in areas near Nova Scotia and Newfoundland and Labrador.

Forsyth County was better prepared for this storm than ever before. Even though Hurricane Dorian did not have a severe impact on Georgia, the situation was handled in an orderly manner and maintained better communication between residents compared to past years.