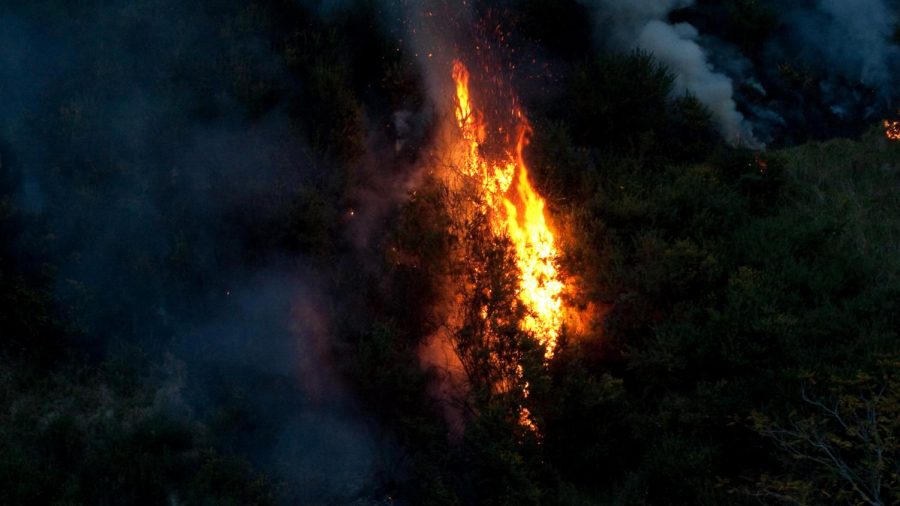 The Amazon Rainforest has been burning down since August, causing serious deforestation. Government officials have been hard at work, attempting to find an effective solution to bringing an end to these fires. "Wildfires occur every year and are quite severe each time- some natural some not. This year the fires are particularly bad because of the extreme drought plaguing the region," Mrs. Cooper says.

The Amazon Rainforest was set ablaze August 22nd due to irresponsible farmers using slash and burn techniques. Organizations and the Brazilian government have been investing millions into attempting to bring an end to the catastrophic damage of the fires.

“The problem is that the nutrients are often depleted within the first few years so it is a short term fix and the farmers then must move on to a new patch of land and repeat the process,” AP Environmental Science teacher Mrs. Cooper says, giving a clear insight behind the cause of the fires and the impact, “The major environmental issues associated with slash and burn agriculture is the overall impact of deforestation, climate change, and accidental fires which not only causes further damage to land but also jeopardizes human lives and livelihood.”

Mrs. Cooper’s experience with environmental studies gives accurate information in terms of what is happening and how it is going to affect humanity. She displays just how significant this event is by explaining how the future of humanity is in danger because of the fires.

The program director of non-profit organization Amazon Watch, Christian Poirier, explained that the Amazon rainforest does not catch fire easily, even in the dry season, which is what has convinced environmentalists that this massive fire was caused by human activities. According to the World Wildlife Fund, if it is severely damaged it could begin producing large amounts of carbon which will have a serious impact on climate change.

President Bolsonaro of Brazil is also at blame according to environmentalists. He was known to promote the idea of using the Amazon rainforest in order to restore the economy which encouraged farmers and cattle ranchers to cause harm to the forest for their own gain without thinking of the environmental impact.

“The Amazon Rainforest is rather far from the U.S.,” mentions junior Cortez Smith, “and people don’t think about how important it is to our survival because they’re wrapped up in more trivial issues.”

That being said, it can be inferred that people do not care as much about the environment until the issues begin to affect them personally. It is important to take action before it is too late for our environment to be recovered.

According to the World Resources Institute the fires in Brazil have the potential to become even more severe because past data shows that the highest amount of fires are usually seen in September. This crucial event leads us to an important question to consider: How can we make an impact on our environment? Is there anything we can do in our community in order to better protect our environment?

If everyone on earth was to pitch in and live a more eco-friendly lifestyle, then the planet would be in much better conditions. The Amazon Rainforest has been burning at incredible rates. Government officials and environmentalists are hard at work trying to subdue the inferno in the Amazon. The only way to combat this tragic fire is if everyone pitches in and tries to make a positive impact on the environment around them.