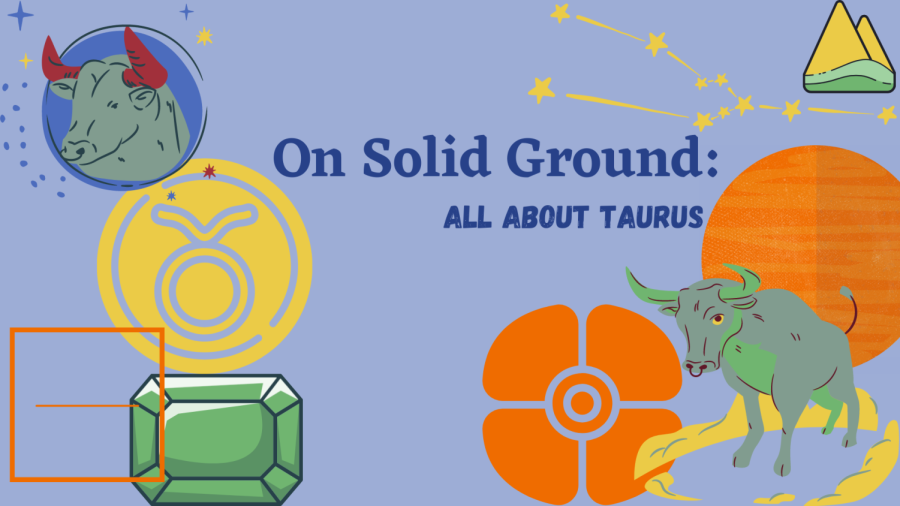 The second sign of the zodiac calendar is Taurus, running from mid-April to mid-May. While nowhere near as dark as Scorpio, Taurus often gets a bad reputation. Typically, people regard Tauruses as lazy and food-obsessed. Although Tauruses do enjoy a good meal, as I’m sure most of us do, they really don’t fit with their stereotype.
History and Mythology
The Pleiades Star Cluster, also known as the Seven Sisters, is a group of stars contained in the Taurus constellation. The brilliant star formation was renowned across the world and it has been the object of timekeeping, celebration and storytelling for multitudes of cultures.

In Greek Mythology, the star formation forms the myth of the Pleiads. These sisters are the daughters of the Titan Atlas and Oceanid Pleione. Each sister has their own myth separate from the others.

Another instance in Greek mythology related to Taurus is the story of Zeus and the Phoenician princess, Europa. In the myth, Zeus turns into a bull to earn Europa’s affection. This bull is the Taurus constellation.

Moving away from Greek Mythology, a Native American tribe in New Mexico called the Zuni used the Pleiades cluster as an agricultural calendar. They used the position of the star cluster in the sky to dictate when the appropriate time to plant their seeds was.
General Properties
Being an Earth sign, Taurus is generally level-headed and stable. Earth signs are some of the most stubborn in the zodiac, but Taurus exceeds Earth-sign obstinacy. This is because Taurus is a fixed sign. The element Earth, solid and dependable, combined with the fixed modality is immovable. On their best days, Tauruses are dependable, resilient and methodical. At their worst, they can be obstinate, unreasonable and resistant to change.

With that stubbornness in mind, it only makes sense for the bull to symbolize Taurus. Similar to bulls, Taurus natives are slow to anger but their rage is often terrifying. The bull has always represented tenacity and strength, both of which can be used to describe Taurus. The bull is also a testament to the grounded and stable nature of Taurus.

Venus, the planet of love and beauty, rules Taurus and Libra but it manifests itself differently in both signs. Venusian energy is rooted in material comforts for Taurus which is why Taurus placements can sometimes be materialistic. However, Venus also gives Taurus an appreciation for beauty and an artistic side.
@laurenashastro TAURUS ♉️ #taurus #astrology #astro #astrologytiktok #zodiac #horoscope ♬ original sound – Lauren Ash ✻ Astrologer

Through the planets
Sun: Taurus suns are dependable as a habit. They value security and stability but they can be extremely resistant to change whether that change be in routine, habit, personality, or thought. While Taurus suns are incredibly hard-working, they can sometimes come across as lazy. This is due to their love for pleasure and relaxation.

Moon: In the moon, Taurus is exalted. These placements are averse to extravagant emotional displays and complicated situations. They prefer simplicity, reliability, and security in their lives. Taurus Moons have an aura of serenity and steadiness. While they are dependable and romantic people, they can be slow to change. The famed Taurean resistance to change manifests in relationships and emotions with this placement and it can often be stifling for those around them.

Mercury: Taurus mercuries, though decisive and stubborn in their opinions, tend to take a while to make decisions. They communicate in a deliberate and serene manner which makes people really listen when they talk. Although Taurus’s practicality manifests as blunt and sarcastic, this placement is actually a pleasing communicator.

Venus: Taurus is at home in Venus since the sign is ruled by the planet. Venus is the sign of love, beauty, and relationships. Those with this placement are reliable when it comes to relationships. They prefer to take things slow and often resist change. Taurus Venus can be materialistic; they enjoy beautiful and aesthetically pleasing things.

Mars: Taurus Mars is calm and slow to anger, but when they are finally provoked, their anger is explosive. While it does govern anger, Mars is also the planet of drive and passion. Taurus tends to be a materialistic sign due to its Venusian rulership and this is what tends to motivate Taurus Mars.

Jupiter: Taurus in Jupiter is not a placement inclined toward risks. As is expected of earth signs, Taurus Jupiter values hard work and tangible results. They need clearly outlined goals and plans.

Saturn: Saturn is the parent of the zodiac. It’s the planet that makes sure we do our homework and eat our veggies. Taurus Saturn natives are less concerned with reputation and more concerned with making their money work for them. They are humble when successful and they do not give much importance to status.

Taurus natives are kind and gentle people, however, they also know how to stand their ground. They enjoy the finer things in life but are willing to work extremely hard to maintain a luxurious lifestyle.