Georgians compete for gold in the winter olympics 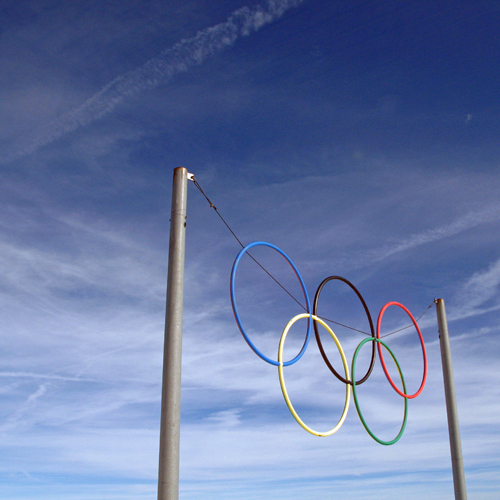 These are the Olympic rings that stand at the site of the 1960 Winter Olympics in Squaw Valley, United States.

Chamonix, France held the first official winter Olympics in 1924. Flash-forward 94 years and the 23rd winter Olympics is in Pyeongchang, South Korea. An estimated 90 countries will be competing in this worldwide event held from February 8 to February 25, 2018. As one of these 90 countries, Team USA will be a major player. 240 athletes will be competing for medals on Team USA, including athletes Elana Meyers and Chris Kinney. Both of these athletes were raised in Georgia and will compete in the bobsledding event. Another Olympian, Willie Gault, also took up bobsledding in the 1988 Olympic games. Georgia is not just known for their bobsledders though, because plenty of athletes from the state have gone to the summer Olympics. Hershel Walker, Cheryl Haworth, Dexter Fowler, and Delisha Milton-Jones are only a few of the Georgia-born American athletes.