In an address to his nation, President Zelensky announced that Russia had fired cruise missiles at government offices in Kharkiv’s Freedom Square. Kharkiv is Ukraine’s second-largest city with a population of over 1.5 million people including thousands of university students from all over the world. In the same address, President Zelensky called Russia a “terrorist state” and urged the international community to hold Russia responsible for war crimes.

Google announced on Twitter that YouTube will be blocking any and all channels connected to the Russian government effective immediately due to the invasion of Ukraine.

Due to the ongoing war in Ukraine, we’re blocking YouTube channels connected to RT and Sputnik across Europe, effective immediately. It’ll take time for our systems to fully ramp up. Our teams continue to monitor the situation around the clock to take swift action.

This is incredibly important because the Russian government has been spreading misinformation about Ukraine through various social media platforms including but not limited to YouTube, Instagram, and Twitter.  Russia has spread propaganda and disinformation painting Ukraine as an aggressor and they have even linked Ukraine to Nazism.

The International Skating Union released an official statement in which they banned Russian and Belarusan athletes from participating in any of its events, following the Internation Olympic Committee’s lead.

Russian airstrikes have hit Kyiv’s main TV and radio tower, as well as a Holocaust memorial. The tower’s broadcaster room was damaged in the process. Ukraine’s Ministry of Internal Affairs announced that TV channels would not be working for some time.

Russian troops fired on the TV tower, near the Memorial complex #BabynYar.

Russian criminals do not stop at anything in their barbarism. Russia = barbarian. pic.twitter.com/MMJ6wSfpsS 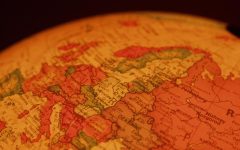 The Historical Background Behind the Russia and Ukraine Conflict

Russian forces have officially seized control of Kherson, a strategic port city in Ukraine. They aim to cut off Ukraine's sea access. This happened wh...

The EU Commission has announced it is implementing a Temporary Protection Directive to provide aid to Ukrainian refugees. This will grant Ukrainian re... 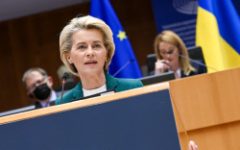