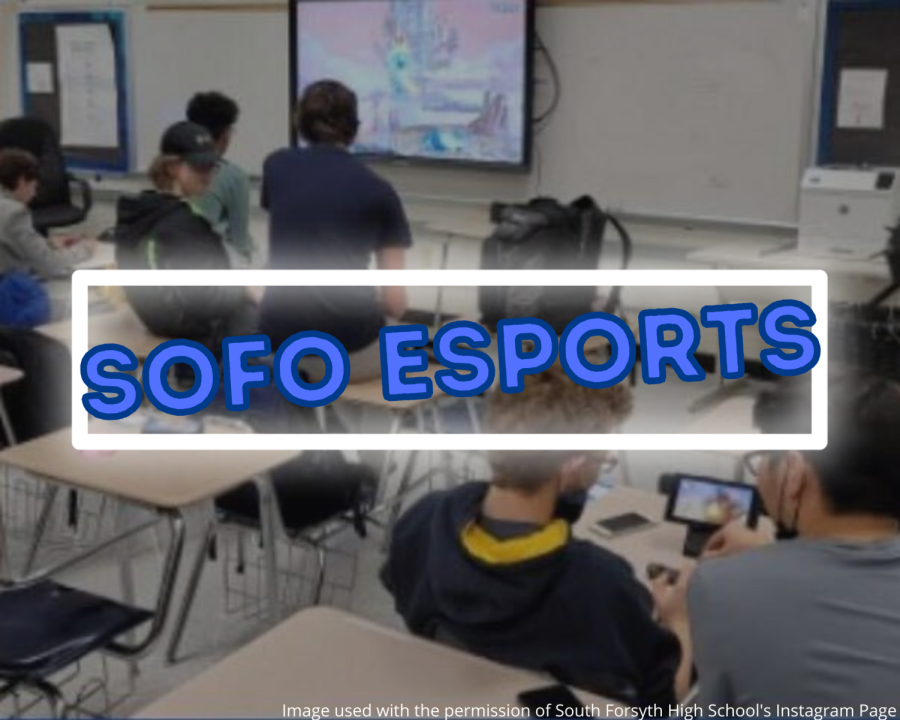 South Forsyth’s esports team takes the school’s motto to a whole new level as students race in competitive gameplay and fight for high scores through this intriguing sport.

The GHSA (Georgia High School Association)-verified team facilitates meetings, practices, and official matches in which they compete with other schools from all over Georgia at popular video games.  This year’s fall season saw players flex their skills in games such as League of Legends, Rocket League, Mario Kart 8 Deluxe, Super Smash Bros Ultimate, Hearthstone, Splatoon 2 and Madden 22.  In fact, the SFHS War Eagles esports players placed third in a recent statewide League of Legends tournament.

The team’s future goals include recruiting younger players and hosting tournaments for the community to engage more people.

“Esports takes video gaming to another level,” SFHS Spanish teacher and Esports sponsor Señora Marsh-Pierce (also known as Sra. Mapi) said.  “The esports arena is a place for students from all walks of life to come together for the common goal of building a non-toxic gaming community within the school.”

Esports is all about competition and team spirit; more than simply video games, it’s an activity that requires many of the same skills as more traditional sports. Many sports require agility, strategic thinking, and efficient decision-making skills; esports equally utilizes a lot of technical and mental prowess. However, it is a bit different from traditional sports in that it requires more mental strength rather than physical strength – and one of the key components of esports is communication. Esports teams need to be able to communicate and cultivate good sportsmanship in order to succeed as a team.

As with all sports, one of the most important skills in esports is leadership. Dominic Perez, the team’s President of Gaming, works hard to manage the team’s website, recruit new gamers, and organize the in-house tournaments. The role of the President of Gaming is very similar to that of a manager in traditional sports, as “they teach less experienced players key skills for success and help the president for recruitment,” said Senora Mapi.

Ultimately, esports is a notable extracurricular that South Forsyth is proud to offer its student body. Sra. Mapi concludes, “It is more than playing video games, it is a community striving for excellence.”