South and Denmark FBLA unite for a Holiday Networking Event 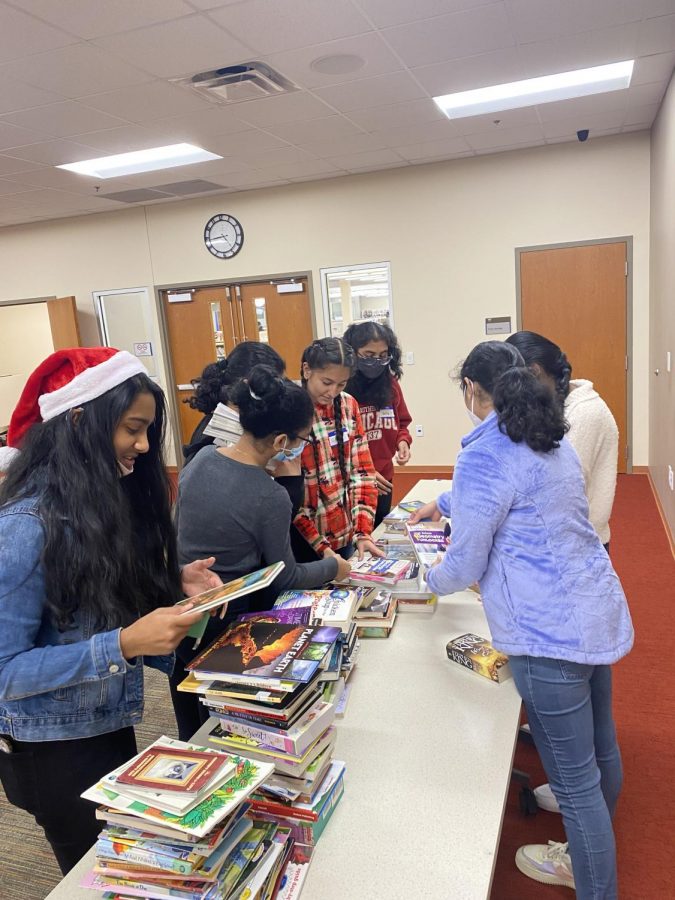 Joyful community service. Students organized hundreds of books, in several different stacks. These books were sent to the Toys-for-Tots foundation, and filled members with a sense of community and gratitude,

FBLA Region 15 officers Shanmathi Gunasekaran from Denmark and Vikranth Bellamkonda from South collaborated to host this event, and received assistance from local chapter officers at each school. They invited FBLA State Officers Ameya Jadhav and Abhishek Pasupuleti as guest speakers to discuss their experiences with networking and its many benefits to FBLA members.

The collaborative event consisted of two parts: a preliminary toys and books drive and an in-person networking event at the Sharon Forks Library. Chapter officers asked members to donate gently used books and toys, which will be sent to the Toys and Tots organization. South is accepting donations to Mrs. Yonk’s room (156), up until Wednesday, December 15th.

The FBLA chapters’ joint event on the 11th began with a general session, informing FBLA members on the importance of networking and connecting with others at conferences, meetings, and other events. After the general session, event organizers introduced the three different activity stations: Inspire and Exchange, Sorting Books and Toys, and Christmas Presents Marketing Activity.

Each image below describes each station’s activity, as well as the “Christmas-ey” snack station.

For Denmark and South FBLA, the Holiday Networking event was a major success, and a great chance for members to socialize and expand their networks, all while having fun. FBLA officers look forward to planning similar events in the future to connect different chapters and members alike.