Hurricane Ida makes landfall during the peak of hurricane season 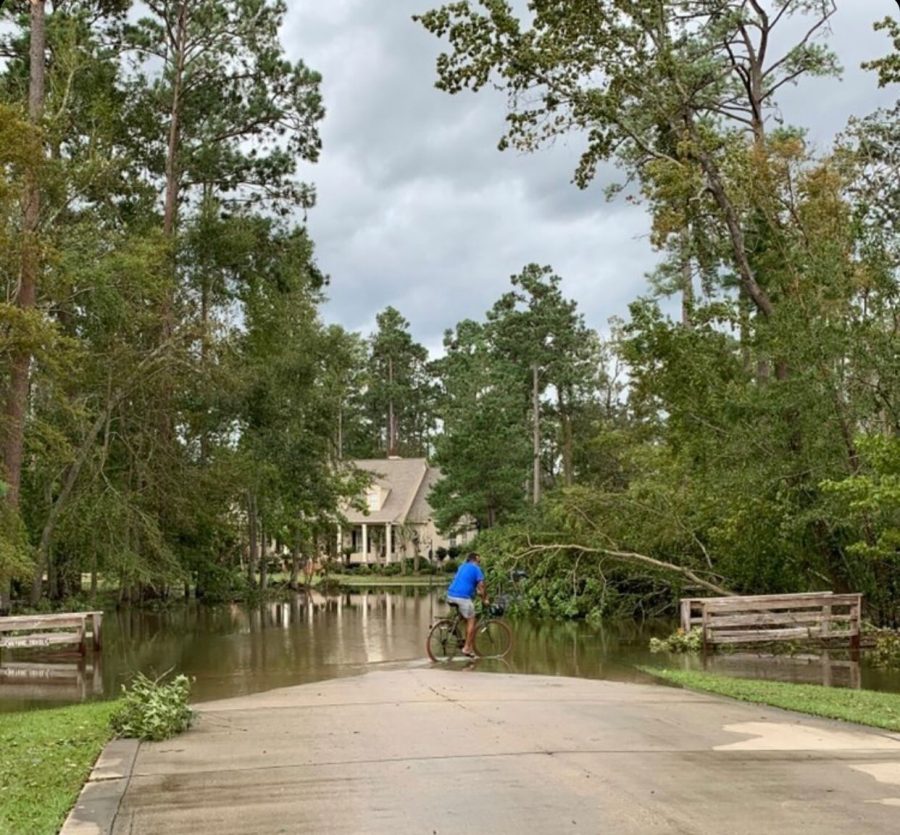 Used with permission from Kamu Pancholi

The aftermath of the storm. Hurricane Ida first lands in Louisiana as a category 4 hurricane, lending way to extremely strong winds alongside heavy rainfall. The storm resulted in many fallen trees and flood streets for the residents of the state.

16 years ago, in August of 2005, Hurricane Katrina first made landfall in New Orleans, Louisiana and its surrounding cities as a Category 5 hurricane. This catastrophic event devastated many families and communities throughout the southeastern region of the United States.

Similarly, 16 years later, Hurricane Ida made landfall near Port Fourchon, Louisiana on Sunday, August 29th. Hurricane Ida rose to a Category 4 hurricane, resulting in an extremely dangerous storm of turbulent winds and violent rainfall. With the addition of devastating winds, severe flooding, and numerous power outages, Louisiana, as well as other states impacted by Ida, are on their way to recovery.

Similar to its predecessors, Ida is one of the strongest storms to hit the state as it brought winds as strong as 150 miles per hour. The strong winds ripped apart many homes, building foundations, and other important structures throughout the state.

On the Saffir-Simpson scale, Hurricane Ida was a Category 4 hurricane, meaning the hurricane was predicted to cause severe damage to buildings and houses, trees, and power lines. Indeed, after the hurricane, more than one million residents in Louisiana had no power, causing many individuals to physically suffer. Additionally, with over ten to fourteen inches of rain in Louisiana, many cities received major emergency warnings due to the imminent danger of flash flooding. The severe flooding on highways and roads extended throughout the state and resulted in many injuries and even a number of deaths due to the strong storm surge.

Despite the intense damage and power outage across the state, 2005’s Hurricane Katrina prepared the state for future hurricanes by creating many support systems and evacuation routes. For example, the storm risk-reduction system greatly supported the state as its coastal flooding barrier, protecting Louisiana from the worst of the storm surge.

Furthermore, the extent of Hurricane Ida’s destruction reached beyond the state lines of Louisiana. After landfall in Louisiana, Ida lessened to a tropical depression as it passed through Mississippi. Mississippi as well as western Alabama continued to receive heavy rainfall before the storm traveled northeast. Also, many states faced severe flooding with over three to eight inches of rain. Houses, basements, and other buildings were some of the many structures that flooded due to Hurricane Ida. Apart from its physical damage, the storm also caused over 40 total deaths. The subsequent intense flooding in northeastern states, such as New Jersey and Pennsylvania, caused many of these fatalities.

The storm also increased the chance of tornadoes, common in the aftermath of tropical storms, in the northeastern United States. Six states on the northeast coast of the U.S. suffered much damage from the resulting tornadoes. In fact, the tornado that touched down in Philadelphia, PA was one of the strongest tornadoes that state has seen in 31 years.

Ultimately, Hurricane Ida made its path from Louisiana to the northeast U.S. within a few days. While the tropical storm has completed its journey, many states and emergency relief services are still helping citizens recover and work to return to their routine lives.

Moreover, certain students and teachers at South Forsyth High School had family and friends who were in the path of Hurricane Ida. As they worked to support their families from afar, these students were also able to learn more about the effects of the hurricane.

“My friends from Louisiana were heavily affected by Hurricane Ida like many other people,” said senior Harshi Brahmbhatt. “One of my friends had no power, their houses were destroyed, and schools are closed indefinitely for now. Even with the given evacuation, those in Baton Rouge still faced many damages and power outages. However, things are slowly getting better, with power starting to be turned on in different places. Additionally, mutual Aid groups like LoveYourNeighbornNOLA and HouseofTulipNO are collecting donations to help the communities around them out.”