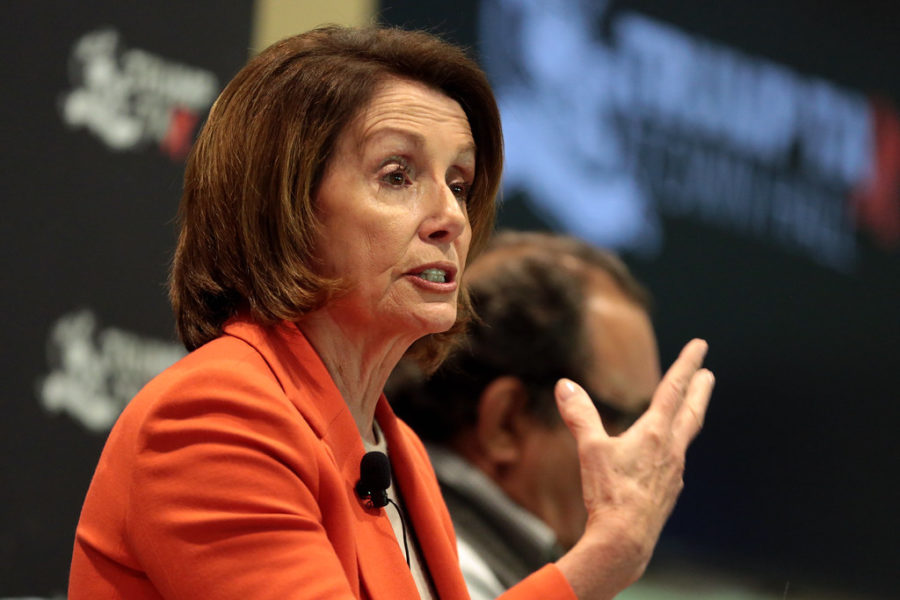 Nancy Pelosi. Derek Chauvin was found guilty on all charges and the nation celebrated this step towards accountability. "Thank you, George Floyd, for your sacrifice," Pelosi states soon after the verdict, causing backlash against her for the disrespect.

Disclaimer: The opinions expressed in this piece belong solely to their respective author(s). They do not necessarily represent the opinions of South Forsyth High School or Forsyth County Schools.

As the verdict for Derek Chauvin was announced that he was guilty on all charges regarding the death of George Floyd, millions of Americans celebrated and spoke of the accountability and justice served, including Speaker of the House, Nancy Pelosi.

However, considering Pelosi had plenty of time to come up with what her statement would be when the verdict for Chauvin was announced, what she presented was incredibly tone-deaf and spiked anger among citizens nationwide.

“Thank you, George Floyd, for sacrificing your life for justice,” Pelosi stated at an event with the Congressional Black Caucus soon after the verdict was announced. “For being there to call out to your mom, how heartbreaking was that… But because of you, and because of thousands, millions of people around the world who came out for justice, your name will always be synonymous with justice.”

Pelosi’s choice of words suggests that Floyd had some choice in the matter, when in actuality he didn’t. George Floyd did not “sacrifice” his life, he was murdered unwillingly. Her statement, understandably, upset many citizens nationwide and became a topic of concern on social media.

However, after some reflection, Pelosi scrambled to fix her mistake and took it upon herself to address it on Twitter. And while her tweet helped to calm the backlash, it’s still a question as to why she didn’t use this statement the first time around.

George Floyd should be alive today. His family’s calls for justice for his murder were heard around the world. He did not die in vain. We must make sure other families don’t suffer the same racism, violence & pain, and we must enact the George Floyd #JusticeInPolicing Act. https://t.co/tWln9NRg1g

In the end, Chauvin’s sentence is a big leap forward for people of color across the nation and a step in the right direction for justice being served. Though the ideal outcome would be to still have George Floyd alive and well today, Chauvin’s verdict helps to comfort those who knew and loved Floyd personally.