Marvel’s “Falcon and the Winter Soldier” tells a heartwarming story of race, guilt, and identity 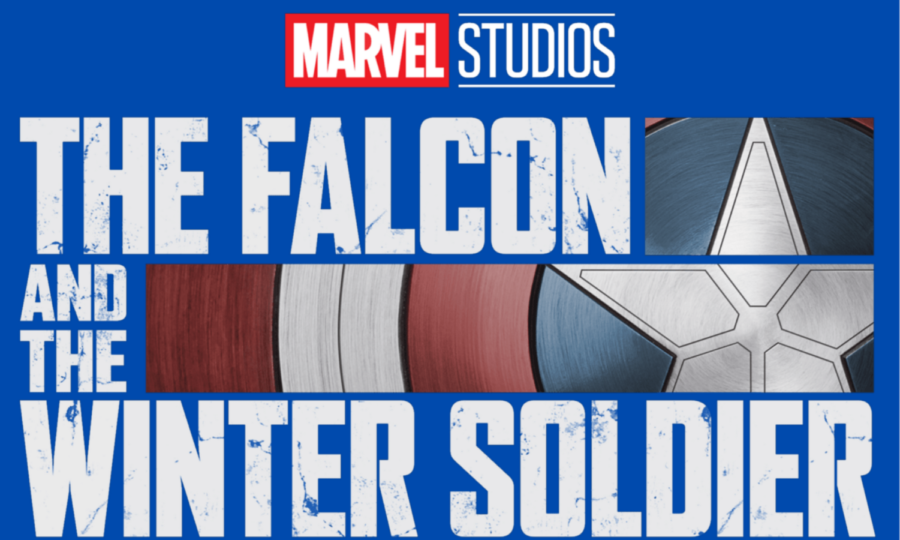 Image used via Disney+ under Fair Use.

A black captain America. The Falcon and the Winter Soldier explores themes of racial identity and trauma in an action-packed plot. The show premiered on Disney Plus on March 18th and consisted of 6 episodes.

Disclaimer: The opinions expressed in this piece belong solely to their respective author(s). They do not necessarily represent the opinions of South Forsyth High School or Forsyth County Schools.

As someone who avidly followed the happenings of the Marvel Universe ever since The First Avenger, I found myself extremely excited to settle in for their latest venture after Wandavision. I expected the show to be similar to its other Disney+ counterparts: full of action-packed sequences and plot twists. What I didn’t expect was the beautiful messages about racial identity intertwined with the phenomenally executed character arcs that made the show completely exceed my expectations.

Falcon and the Winter Soldier tells the story of two of Captain America’s closest friends, Samuel “Sam” Wilson A.K.A. Falcon (portrayed by Anthony Mackie) and James “Bucky” Barnes A.K.A. the Winter Soldier (portrayed by Sebastian Stan). The first episode details both characters’ struggles with losing Captain America who often served as their moral compass through tough situations. Sam finds himself struggling to support his family after giving up Cap’s shield to the U.S. government. As for Bucky, he finds himself traumatized by his actions as the Winter Soldier and desperately trying to make amends. But as the shield gets passed onto Agent John Walker (Roberto De Simone) and an organization called the Flag-Smashers try to end all government, Sam and Bucky find themselves united in a fight to preserve their nation.

For me, the shining gem of the show was the story of Isaiah Bradley (Carl Lumbly). Bradley tells Sam his story as the first Black super soldier. Although he had the same abilities as Captain America, the disparity between Bradley and Cap’s treatment by the nation is astounding. Bradley goes through forced experimentation, ostracized and torn from his family simply for saving his fellow officers. Government officials hide his existence, claiming him as dead, simply to hide the fact of there ever being a Black super-soldier. Lumbly does an amazing job playing this tragic war hero that changes Sam’s perspective on racial struggles and leaves him grappling with the idea of a Black Captain America.

By far, one of the most powerful scenes in the show is when Bradley says the infamous line, “They will never let a Black man be Captain America.” This line is heartbreaking for both the audience and Sam as we learn about how broken Bradley has become due to the struggles he was forced to go through. The show also has many other beautifully directed moments that reflect the small prejudices Black people encounter daily. Whether it be the police confrontation scene or the bank scene, the show emphasizes these small everyday struggles that Sam faces due to his skin color, providing a silent but succinct commentary on the events going on in our nation today.

The best part about the way these scenes play out has to be the subtlety with which they criticize racial profiling and discrimination. It never sounds performative or preachy; rather, the show leaves many of these moments open-ended, allowing audiences to introspect within themselves for the conclusion. Sam’s journey comes full circle in a heartwarming scene where he gives Bradley a monument in the national museum to honor him for his sacrifices. This scene, coupled with the scenes of Sam’s entire neighborhood joining him to fix his boat, shows moments of Black unity against adversity that were incredibly inspiring to watch.

Along with the beautifully done arc of Sam taking up Cap’s mantle, we also get Bucky’s journey as he overcomes his mental health issues and trauma. Following his actions as the Winter Soldier (where he was essentially mind-controlled and forced to hurt people), Bucky realizes he has to mend a lot of wrongs in order to truly forgive himself. We see him grow as a person and overcome the nightmares he constantly faces of his past actions. Through his phenomenally crafted journey of overcoming his trauma, the show provides great depth to their portrayal of PTSD, grief, and mental health struggles.

Intermingled with the depth and profundity of racial identity and trauma are moments of lighthearted humor and joy that are characteristic of Marvel’s ventures. While I was scared these moments would detract from the important messages the show explores, their timing is so impeccable that they only add to the experience. We see the hilarious initial interactions between Sam and Bucky as the two try to be cold and shut off to one another. The therapy scene between the two characters was completely improvised yet had jolts of humor that Mackie and Stan brought to their characters.

And while those characters were the focal point of the show, all of the characters in the story have an incredible depth to them that makes it impossible to characterize them as just “good” or “evil.” The main villain, Karli, actually has a noble cause in that she wants a united world, and we find ourselves as well as the main characters sympathizing with her often. Even John Walker, a soldier we all hated because he took over Cap’s role, has moments of character development and personal growth as well as deterioration. The directors have done a wonderful job not making each villain a true villain but an antihero, someone with good intentions and bad means. This show has some of the best-crafted antagonists in the Marvel Cinematic Universe (MCU) other than, in my opinion, Loki.

The show still sticks true to its roots by offering plenty of comic book Easter eggs for Marvel fans like me. The journey of John Walker into becoming a U.S. Agent after his obsession with being Captain America sets up the scene for the Dark Avengers in Phase 4 of the MCU. The introduction of Val (Julia Louis-Dreyfuss) hints at her being Madame Hydra in the upcoming series. We see the cliffhanger for Sharon Carter as she rejoins the agency with a full pardon, only to be revealed as the power broker moments after. The show has so many easter eggs for Marvel lovers that continue the feeling of it being an action show with hints of societal commentary.

The Falcon and the Winter Soldier is one of the most beautifully crafted TV shows in the entire MCU. Each scene, each dialogue, each gesture has an incredible purpose and packs an incredibly profound yet subtle message. The show is a must-watch for all audiences, Marvel fans and bored parents alike. Regardless of the audience’s knowledge about the MCU, the show focuses on aspects of everyday life that make it a worthwhile watch for everyone.