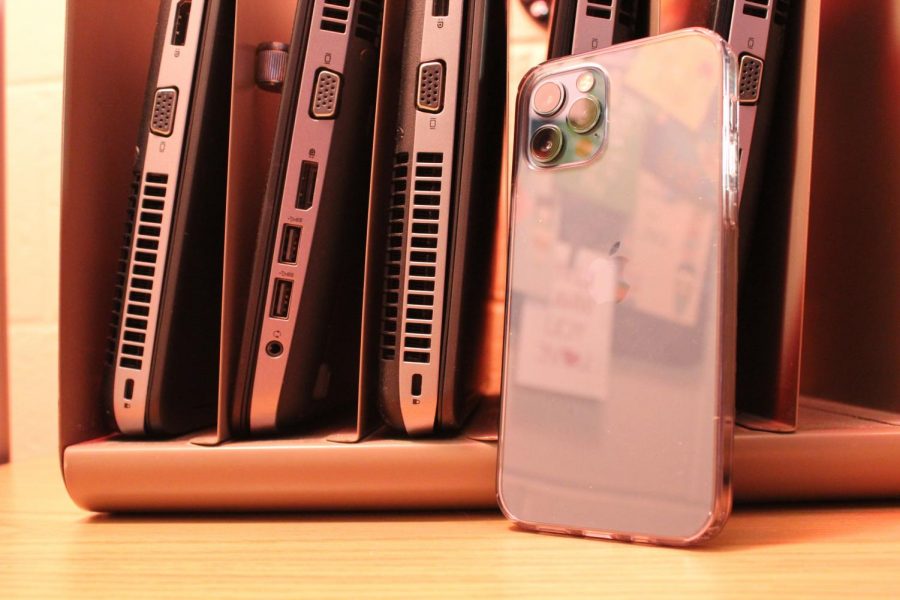 The latest technology. Apple's new iPhone 12 is on display as featured with new upgrades. Apple's iPhone 12 has the latest and greatest of 5G technology.

Last year was a big year for Apple, with the successful release of the iPhone 11 and Apple Watch 5. Both of these technologies have new and updated features for all their consumers to enjoy. With the addition of Apple’s new right-side camera, the iPhone 11 has the first triple-camera with an ultra-wide lens. Additionally, the Apple Watch 6 features the first Retina display, which is a larger screen display and a new processor that is twice as fast as the last model. While last year was quite a success, there are still upcoming additions to Apple technology that many individuals are talking about, such as the new Macbook.

In 2020, Apple released a variety of gadgets and technologies from the new iPhone 12 to the new Macbook. Apple also recently released a wireless charging mat for its customers. Also, Apple released the iPhone 12 which has all-new processors and sensors to improve Face ID. The new phone also includes the swipe up bar, Apple’s revolutionary upgrade for taking away the home button. There was also another iPhone developed based on the original iPhone SE. The iPhone Special Edition second generation was very popular among Apple’s customer due to its low price.

The new Macbook Pro and Air are the newest computers with all the latest technology including touch ID and more!  The Apple Watch Series 6 came out with all new sensors measuring updated heart rate and sleep, plus a updated Apple Tv with 4k and sports streaming. Furthermore, there are rumors of new headphones and more updated Airpods coming out at the end of this year.