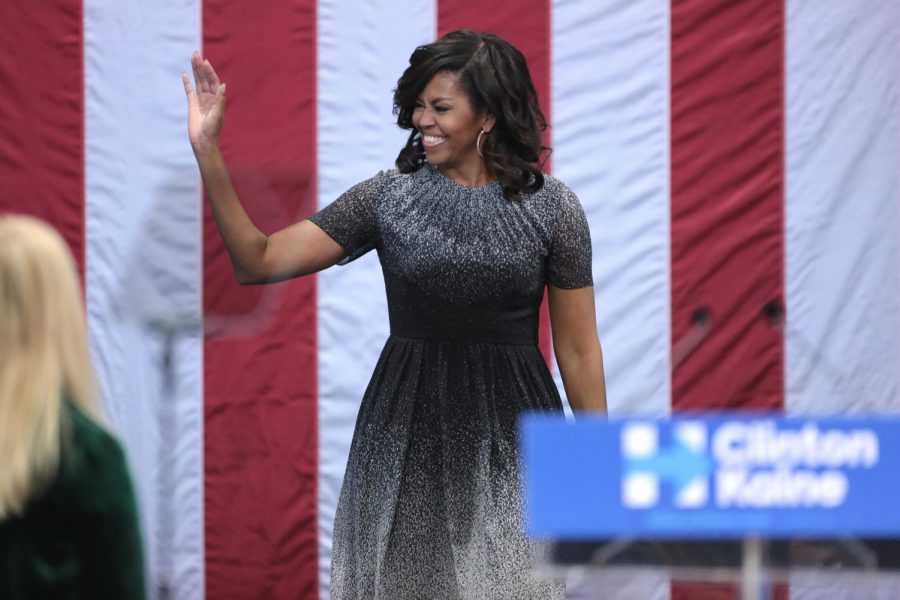 Photo by Gage Skidmore used from Flickr under a creative license

A room full of adoring fans. As Michelle Obama walks on to the stage with a huge smile on her face, she waves to the audience as she walks up to the podium. Former first lady has experience in public speaking and continues to display those skills. Like during this virtual democratic national convention.

Michelle Obama gave a compelling speech on the first day of the Democratic National Convention (DNC); on August 17, 2020, from a virtual platform at her home. At the beginning of her speech, Obama emphasized the highlights of Biden’s leadership. Obama voiced her opinion of how crucial it is to have a huge turnout of voters this year. As her speech continued, her topics shifted to different ongoing issues such as the Black Lives Matter Movement and President Donald Trump’s leadership over the past four years.

Obama described Joe Biden as, “…a profoundly decent man, guided by faith… a terrific vice president… He knows what it takes to rescue an economy, beat back a pandemic, and lead our country.”

Due to the ongoing issues of today, many people have struggled to mail-in ballots or go to local polling places. As a response, she elaborated on the importance of voting within our country.  Mrs. Obama could not stress enough on how important it still is to fulfill this essential responsibility of a citizen, even in these times.

During her inspirational speech, she said,

Michelle Obama showed her support for the DNC  through her social media. Obama posted pictures on her Instagram of Joe Biden’s wife, Jill Biden, captioned, “partner in crime.” Then, she continued, “Jill’s speech full of compassion to the roll call displaying the incredible diversity and strength of our county…”

Obama also gave her opinion on how President Trump has led this country for the last four years.

She went on to say, “Donald Trump is the wrong president for our country. He has had more than enough time to prove that he can do the job, but he is clearly in over his head.”

She spoke with anger at how President Trump took too much time to understand the severity of this pandemic. Mrs. Obama verbalized how her husband, former President Barack Obama, and Joe Biden worked together to obtain healthcare for 20 million United States Citizens.

The first lady mentioned the ongoing protests in her speech and references the many people who have lost their lives due to the color of their skin and fighting for what they believe in. She held the nation’s highest office accountable, claiming that the white house is divided and quite messy.

She goes on to say that, “And I know that regardless of our race, age, religion, or politics when we close out the noise and the fear and truly open our hearts, we know that what’s going on in this country is just not right.”

After President Trump heard about Obama’s speech, he had this in response, “Who wants to listen to Michelle Obama do a taped speech? No. You have to have her get up there. But we’re doing a real speech on Thursday, next Thursday, and she’ll be listening. We’ll be doing it live from the White House. And we have plenty to say.”

As the pandemic is changing constantly, and the election is edging closer every day, Michelle Obama attempts to enlist hope in this nation that Joe Biden can bring this country back to its former glory. She hopes that citizens of the United States take charge of their civic responsibility during the upcoming elections. Michelle gives words of wisdom and hope for this nation.